The recently introduced French law 2018-771 of 5 September 2018 Pour la liberté de choisir son avenir professionnel (for the freedom to choose your own future career) introduces new obligations on companies to reduce the pay gap between women and men by analysing 5 criteria of equality in the workplace.

We are delighted to share the NGE gender equality score for 2019:

As part of its ongoing commitment to promoting gender equality, NGE set up a joint working group in 2017 to bring forward and implement practical initiatives to raise awareness of gender stereotypes and ensure equal treatment at the recruitment, integration and promotion stages.

Playing an active role in many organisations and events that promote gender diversity, NGE is a partner of the non-profit organisation Elles Bougent, which encourages women to pursue engineering careers in the aerospace, rail, shipping, construction and other industries. In 2018, the Group also joined the influential InterElles Circle, which brings together networks of women and men with the aim of achieving a healthier gender balance in science and technology, encouraging women’s careers and lobbying public authorities for change. NGE is the first construction and civil engineering group to join InterElles.

In 2020, the Group diversity roadmap will focus on 4 main goals

The NGE objective is to continue making progress year-on-year and retain its status as one of the best in its industry.

The word from the chairman 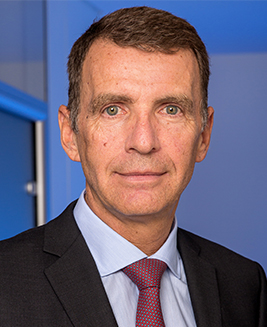 NGE has been committed to gender equality for a number of years, and is stepping up efforts to combat all forms of discrimination in the workplace. Our commitments on gender diversity form an integral part of Group human resources policy, and agreements on this issue are now in place with all our subsidiary companies. The world is changing and so are mindsets, so we have made the decision to act and attract all the most talented people, regardless of gender.

Antoine METZGER,
Chairman
Back to the list
We use cookies to ensure that we give you the best experience on our website. If you continue to use this site we will assume that you are happy with it.OkNo
Revoke cookies